Meet a few Skål USA Members who have received

National & International recognition in the industry. 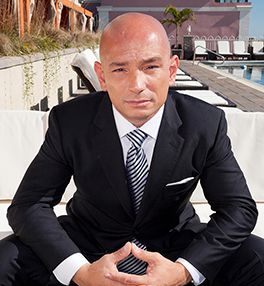 When the pandemic first began, Anthony Melchiorri and Glenn Hausman made a commitment to change No Vacancy Live from a weekly program to a daily format to provide the hospitality community with a forum for conversation, education, help, and guidance. Legendary industry leaders, medical doctors, travel professionals, vendor partners, and representatives from destinations around the world have all joined the show to discuss challenges and brainstorm solutions to best navigate these uncharted waters together. Anthony, Glenn, and the entire team at No Vacancy Live are extremely grateful to be a voice for the industry and a part of our vibrant hospitality community.

Anthony originally discovered his love of hospitality while serving as a Protocol Officer in the United States Air Force. His hotel career has included opening, renovating, repositioning and, transforming iconic properties such as the Algonquin Hotel, Lucerne Hotel, The Brooklyn, Nickelodeon Hotel and, Resort Orlando, the former Staybridge Suites in Times Square, and over 100 properties featured on Hotel Impossible.

Anthony uses his innate ability to quickly assess any situation and customize solutions to enhance both profitability and the guest experience. Anthony is the founder of the consulting firm Argeo Hospitality and the host of the daily podcast, No Vacancy Live. 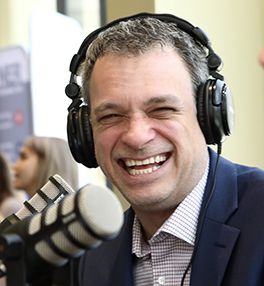 Glenn Haussman is the biggest advocate, commentator, educator, and consultant in the hospitality industry. He was recognized at the 2022 Global Hospitality Awards as the #1 Global Social Media Influencer in Hospitality, and his show No Vacancy Live was named the #1 podcast in hospitality.

Glenn also publishes the novacancynews.com industry news site, educates and empowers people about this incredible industry as a professional keynote speaker, event host, and moderator, creates custom content for companies, and operates as a hospitality consultant and speaker/media trainer. Additionally, he hosts No Vacancy News Today, a news and analysis program focused on hospitality headlines; Friday Night Audit, a comedy focused show capturing the energy of the post-conference bar scene; the Hotel Design Podcast; and recently relaunched a hotel tech podcast focusing on the innovative people reinventing the hotel business.

His first book, which he helped create, is called The Adaptors, which focuses on capturing real unplugged conversations with top innovative business leaders that are uncovering unbridled opportunities in a rapidly changing hospitality and business landscape.  It arrived in March 2021.

The No Vacancy podcast attracts the biggest names in hospitality, including major public company CEOs and industry influencers. The show was chosen by USA Today as the “best podcast to listen to while traveling.”

Roger Dow is president and CEO of the U.S. Travel  Association, the Washington, D.C.-based organization  representing all segments of travel in America. U.S.  Travel’s mission is to increase travel to and within the United States.

As the leading travel industry advocate, Dow and his team regularly meet with the executive branch and  congressional leaders to advance policies that benefit the broader travel industry. His efforts have resulted in major legislative victories, including his instrumental role in establishing and renewing Brand USA, the highly effective national travel and tourism promotion program.

For his efforts to unify the travel industry and increase its effectiveness on Capitol Hill, Dow has been the recipient of multiple honors, including MPI’s 2018 Industry Leader Award. Dow has also held seats on several boards, including ASAE, GWSAE, MPI Foundation, PCMA, RE/MAX International, the Travel Institute, and the U.S. Chamber of Commerce Committee of 100.

Prior to joining U.S. Travel in 2005, Dow spent 34 years at Marriott International, rising to Senior Vice President of global and field sales. Dow served in the United States Army with the 101st Airborne Division in Vietnam, where he received the Bronze Star and other citations. He earned a Bachelor of Science degree from Seton Hall University and was honored as a Most Distinguished Alumnus in 2012. In addition, he holds an honorary degree from Johnson & Wales University.

Christopher L. Thompson is president and CEO of Brand USA, the nation’s public-private partnership dedicated to increasing international visitation to the United States through marketing and promotional efforts. In this role, Chris is responsible for accelerating the organization’s efforts to build and execute effective marketing strategies to increase U.S. travel exports, create jobs, strengthen the economy, and help enhance the image of the United States with people all over the world. Under Chris’ leadership, Brand USA has nearly tripled its partnership network and more than doubled its partner contributions and program offerings.

Chris has over 30 years of experience in the travel and tourism industry. Prior to joining Brand USA on Nov. 1, 2012, Chris was president and CEO of VISIT FLORIDA. Under his leadership, Florida realized record growth in international visitation.

Chris is a long-time Skål Member. He has been a “Skålleague” in Tallahassee and Jacksonville, Florida, and now in Washington, DC.  Recently Chris was in attendance at the  2018 North American Skål Congress, where he received the first-ever National Tourism Leadership Award presented by Skål International-USA.  His recognition will set the standard for future awardees at the level we seek.

He began his career in tourism with the Division of Tourism in the former Florida Department of Commerce in April 1983, and he became bureau chief for domestic tourism in April 1986. In November 1988, he joined the Leon County (Florida) Tourist Development Council as the organization’s first executive director, and in April 1991, he took leadership of the Tallahassee (Florida) Area Convention and Visitors Bureau as president and CEO.

In August 1995, Chris founded MarketServe, Inc., a professional management, marketing, and planning services company based in Tallahassee, Florida. He joined VISIT FLORIDA as senior vice-president of partner development two years later. He was promoted to chief operating officer in May 2003 and named president and CEO in May 2009.

Throughout his career, Chris has been honored with a number of industry awards and recognized for numerous accomplishments, including being named the first recipient of Skål International’s USA National Tourism Leadership Award in 2018 in recognition of his “very meaningful contribution to the growth and success of tourism in the United States.”  In 2015, Chris received the NTA National Tour Association’s (NTA) Pioneer Award for his accomplishments in producing significant changes in the travel industry. He was named one of the “Top Twenty-Five Most Extraordinary Minds in Sales and Marketing” by the Hospitality Sales and Marketing Association International in both 2009 and 2013.

Chris is currently on the board of Destinations International, where he is on the organization’s Executive and Global Leadership committees. He is also a member of the Advisory Board for the Eric Friedheim Tourism Institute, an entity within the Department of Tourism, Recreation, and Sport Management at the University of Florida.

A Certified Destination Management Executive (CDME) since May 2010, Chris has also been a member of and served on the leadership boards of numerous other national, regional, state, and local trade associations and organizations. The list includes the U.S. Travel Association, U.S. Travel and Tourism Advisory Board (to the Secretary of Commerce), Travel and Tourism Advisory Council (to the Federal Reserve Bank of Atlanta, Miami Branch); Association of Travel Marketing Executives, Southeast Tourism Society; and Skål.

Additionally, Chris is a trustee and a member of the Executive Committee for the Federal City Council, a nonprofit, nonpartisan organization dedicated to the improvement of the District of Columbia. Chris earned a Bachelor of Science degree in business administration from the University of Florida in 1980. He and his wife, Susan, have two grown sons, Christopher and James.